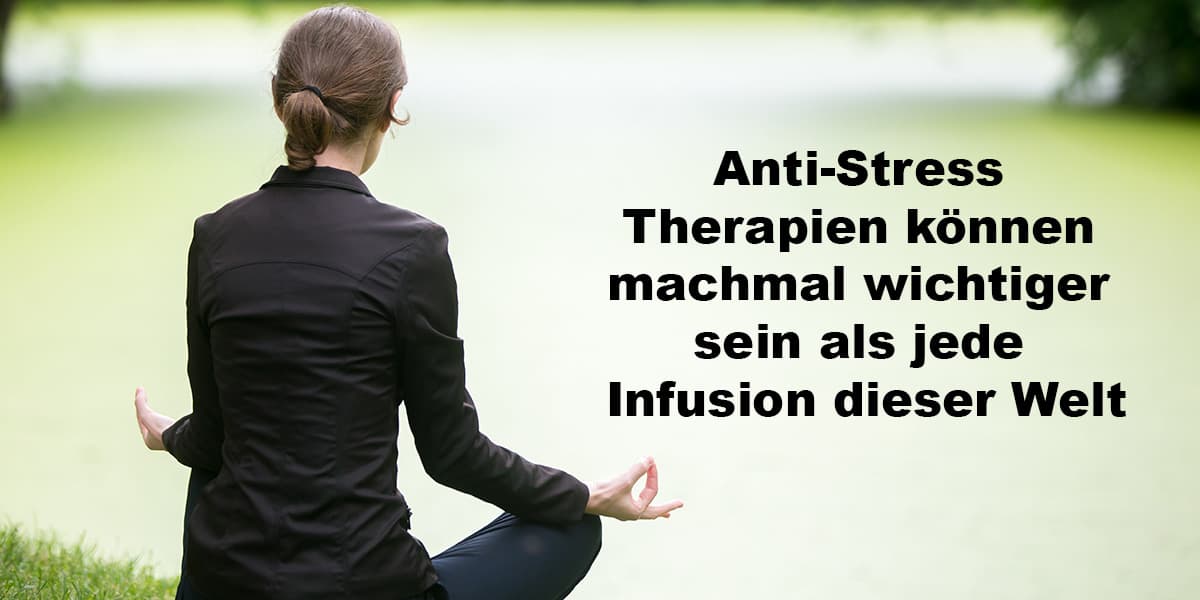 Years of research by a holistically-minded doctor revealed that little, if any, is known about adrenaline deficiency in medical literature. In retrospect, it would have been incomprehensible since all the known over and under-functions would be found in all other hormones.

Adrenaline is produced by the body’s so-called chromaffin system and also functions as a major insulin antagonist. To put it simply, insulin brings sugar into a cell while adrenaline brings it out. However, one should consider, “what happens when a person’s body stops producing sufficient adrenaline due to prolonged exposure to stress?”

Dr. Waltraut Fryda looked into this very question. In cancer patients, for example, she found scarce levels of adrenaline or even nearly zero. With the reduction of adrenaline, insulin rises which leads to healthy cells being inundated with sugar. Cells loaded with sugar will slowly lose their ability to carry out their normal activities. The body would then be forced to find other sugar reduction measures. Meanwhile, the body continues to produce enough amounts of norepinephrine (noradrenaline), another hormone, thereby limiting oxygen supply to the external blood vessels. Consequently, the body enters survival mode as the cells make do with reduced oxygen.

When oxygen is depleted, the cells switch from respiration to fermentation as a way to burn more sugar. However, cellular fermentation is a not as efficient as the former as it burns large amounts of sugar while providing the body with little energy. Furthermore, the resulting overproduction of left-turning acid increases the rate of cell division while also disturbing the acid-base balance in the body considerably.

Fortunately, our cells have achieved what’s most important for survival: burning sugar via increased cell division rate and fermentation processes. Once again, it’s clear that evolution has given our body extraordinary systems to survive even in situations of extreme stress. From this perspective, a tumor is, naturally, a healthy part of these systems that avert more severe damage. Consider the consequences if our body stops developing more cancer cells? Eventually, we would go blind; our kidneys would fail; our blood vessels would break open leading to severe bleeding or even comatose.

The question now is this: Which situation would be better? All the diseases above that quickly become deadly or a tumor? Dr. Fryda brings satisfying answers for scientists who want understand the process above in detail. Her data gives an in-depth explanation to such questions as, which inflammatory processes are blocked; why the immune defenses provided by lymphocytes are not sufficient; how cancer patients usually appear healthy for years before a tumor is discovered; why diabetes and cancer are closely linked, and so on.

For a cancer patient, it’s paramount that they understand the relationship between cancer and physical and psychological stress as well as the extreme importance of destabilizing the disturbed acid-base balance through detoxification and nutrition.

It’s astonishing how successful therapies like that of Dr. Fryda’s have been suppressed or twisted for decades, most often in medical circles but also among patient groups. As early as 1988,

It is astonishing that successful therapies such as Dr. Fryda’s have been suppressed or spun for decades, as is often the case in medical circles but also among patient groups. Dr. Fryda has published cancer studies as early as 1988.  In that early study, she worked with 48 cancer patients, most of whom had little to expect from their doctors. Amazingly, 33 of these patients lived past their supposed 5-year lifespans. It’s an utter mystery why none of Dr. Fryda’s colleagues dealt more intensely with their therapy.

The fault was certainly not in Dr. Fryda who was an intelligent woman that devoted many decades caring for her patients. The Adrenaline Theory confirms numerous considerations about cancer. Here are just a few of these conclusions: cancer is a stress and energy problem. Hence, the disease must be treated with nutrition, detoxification, and stress reduction. Also, cancer may develop with alkaline blood values, acidic tissue pH, etc. Furthermore, the concerns on the frequently discussed (negative) increase in immunity are not just confirmed, but also explained in detail.

In the journal Nature Medicine, a group of researchers (including Dr. Anil Sood) published an article on how stress promotes cancer. In 17 of the 19 cell lines of examined ovarian tumors, they detected the same beta-adrenergic hormones that are also found in heart muscle. Beta-blockers that inhibit these sites for stress hormones are normally used in the treatment of heart disease.

The scientists injected mice with human ovarian cancer cells and placed them in small cages. After three weeks, the stressed mice formed 3.6 times more tumors than the non-stressed rodents. When treated with the beta-blocker, propranolol, zero tumors grew in the mice. Does this data indicate that all cancer patients should immediately take beta-blockers? No, but these results mean that every cancer patient must urgently avoid stress. Unfortunately, it is this act that is most difficult especially since conventional and alternative medicine disregard anti-stress therapies as priority treatments – a giant mistake!

In July 2010, a noteworthy study on breast cancer and stress was published in the U.S. The study consisted of 227 breast cancer patients, 113 of whom underwent intensive anti-stress training and observed for up to 11 years. The rest of the patients were not given anti-stress training. At the end of the study, the group that received training had a 45% lower risk of contracting cancer than their peer untrained peer group. Imagine a drug that lowered the risk of contracting cancer by 45%! Such a drug would surely bring in billions of dollars, and yet, conventional oncology considers anti-stress training “ridiculous and insignificant.” (Clinical Cancer Research, 2010; DOI: 10.1158/1078-0432. CCR-10-0278).